A dental implant is just what it sounds like: an artificial replacement tooth. It is not simply optional or cosmetic. Seating a dental implant in the jaw bone actually helps prevent bone loss in that area in a way that bridges and partial dentures can’t. In addition, partials and bridges can’t be used without cutting down healthy teeth for fit. That exposes those previously healthy teeth to more risk and potential problems.

How Long Does a Dental Implant Last?

Good news! A single tooth implant lasts beyond 10 years 98% of the time when placed in good bone. That is a big difference from 3-unit bridges. They only last up to 10 years 50% of the time. Think of it this way: would you rather get an implant that should last more than 10 years, or a bridge that is likely to fail before it reaches 10 years?

Does a Dental Implant Hurt?

Although it is a surgical procedure, dental implant surgery has a relatively short recovery period. After recovery, most patients experience no discomfort. For your comfort during surgery, we offer multiple sedation options. Ask us for more information!

After you lose a tooth or multiple teeth, you may wear dentures or partial dentures as a replacement solution. Most partials and dentures look natural and attractive, and are much more comfortable than in the past. When our expert cosmetic dentists create your set of full or partial dentures, count on receiving an excellent fit.

What are All On 4 Dental Implants?

“All On 4” is a dental implant technique that creates a long-lasting support system for a new set of teeth. The “4” in All On 4 Dental Implants comes from the upper and lower sets of teeth being replaced by four singular implants.

For the procedure, four titanium screws are placed in the area of the jaw with the highest amount of bone density: the anterior maxilla. The four implants will be titled 45 degrees toward the back of the mouth, which helps to avoid encountering areas of the jaw with lower bone density. It only takes four implant screws to be a support system for the upper and lower bridges of teeth, which can be compared to the average of six to eight implants it takes to pull off a conventional dental implant procedure.

Because the All On 4 procedure is less invasive than a conventional dental implant procedure, healing time and rehabilitation take a shorter amount of time with less potential complications. Additionally, since there are only four implants used verses six to eight, the patient will have more flexibility and comfort wearing the replacement teeth than they would after a conventional dental implant procedure.

The All On 4 procedure is a highly successful procedure for dental implant candidates everywhere – even those with jaw complications or poor bone density.

With implants, partials, or dentures, you can have a lifetime of smiles – even after losing teeth. 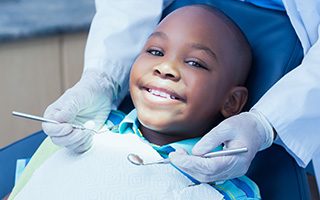 Dental emergencies don’t always fit your schedule. We’re here for you if the unexpected happens. Call us right away for same-day emergency dental care. 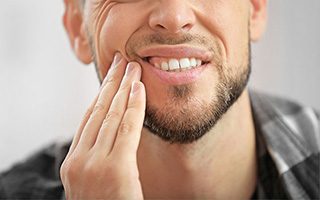 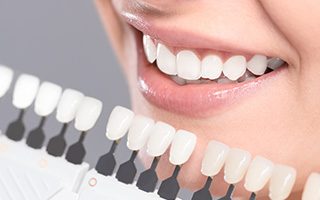 Orthodontic treatment comes in many forms. Properly fitted braces or other orthodontics result in an optimal bite, straight teeth, and improved self-image.

Make an appointment, plan your visit, or get information from our knowledgeable staff using the info below.

Be the first to learn about new services and specials – follow our social media accounts.